The history of artificial lighting began in Prehistory, when man began to dominate the fire. In those early moments, the purpose was not only to illuminate dark places, but also to protect from low temperatures and wild animals.

The evolution continued and in 500 BC the oil lamp was created, a device that illuminated from the burning of the wick with whale oil, which later served as inspiration for the creation of the lamp, which used the same principle but provided better illumination.

The next great invention was the lantern, which kept the flame protected inside a glass structure, and provided brighter lighting due to the air circulation inside it.

Almost a hundred years later, in the year 1878, Thomas Edison created what could be considered one of the greatest evolutions related to this issue, the first electric lamp, counting on platinum filament, also known as incandescent lamp.

After this creation it is possible to observe the evolution of this model over the years, with the invention of the pair lamp, which had a new connection system, and could even be used in automobiles.

A few years later Nicola Tesla introduced the fluorescent lamp. Unlike filament lamps, it had great efficiency by emitting electromagnetic energy in the form of light.

Get to know the Zeppini Ecoflex LED Lightning, one of the most efficient and economical solutions to light your Petrol Station: http://www.zeppini.com.br/site/en/produto/16/luminaria-led

Zeppini Ecoflex will once again be present at the largest trade show for Petrol Stations in Brazil and Latin America, ExpoPostos & Conveniência, which will take place on August 13, 14 and 15 at the São Paulo Expo.

In the event are presented important news of the segment for professionals coming from several Brazilian states and some visitors from other South American countries.

The expectations remain high for the 2019 edition, the event expects to receive more than 170 exhibiting brands (21% growth), and more than 21.000 qualified visitors.

In the coming weeks Zeppini Ecoflex will release the first information and more details about the ExpoPostos.

On June 5th, is being celebrated the World Environment Day, that in 2019 will have China as the host country, and with the main theme “Defeating air pollution”.

The UN (United Nations) has brought important information about the subject, for example, that approximately 7 million people in the world die prematurely every year due to air pollution, with about 4 million of those deaths occurring in Asia.

Another serious problem is that nine out of ten people worldwide are exposed to levels of air pollutants that exceeds those considered safe by the World Health Organization.

In addition to affecting human health, several other problems are linked to the excess of pollutants, such as global warming.

In order to combat this pollution, some actions can be taken, such as: turning off lights that are not being used, checking energy efficiency ratings on appliances, not burning garbage, among others.

For those interested in more information, the event’s official website provides details, guides, and many files with data, campaign details and how to contribute to the cause.

Zeppini Ecoflex, a company specialized in environmental protection equipment for Petrol Stations, with presence in more than 80 countries around the world, has just sent its solutions to a new country, China.

In recent months the company has completed its first exportation to the country, and many equipment are already on Chinese territory ready for use.

In addition to supplying equipment to the country, the company performed an intense work of training and workshops with local professionals, so that the products can be applied without difficulties.

The Overfill Prevention Valve – GS-750 is an equipment installed inside of the Underground Fuel Storage Tank and has the function to prevent the overflow and accidents during fuel discharge operations.

Zeppini Ecoflex has a Overfill Prevention Valve, which closes quickly and safely when the fuel reaches 95% of the Tank capacity.

For this equipment to operate efficiently it is important that some precautions are taken during the installation.

An important precaution is that the equipment must not be installed in Underground Storage Tanks that use drop tube, a very common characteristic in older Tank models.

Another important precaution is that the upper and lower valve modules must be dimensioned correctly, according with the manufacturer’s instructions, ensuring that the closing float is at the correct height and are triggered by interrupting the discharge process to 95% tank fill.

When installing in systems with remote discharge, it is necessary to make sure that the hole of the upper module of the Valve is aligned with the entrance of the HDPE pipe of the remote discharge system.

It is important that no additional cut is performed on the body of the equipment.

And if you need any help contact our team.

In 2018, the Brazilian law that requires the addition of 10% of Biodiesel to the commercialized diesel oil came into force. And there are projects that indicate that by the year of 2023, this percentage will reach the maximum allowed limit of 15%.

For those who are not yet commercializing B10, and want to include this fuel in their portfolio, it is important that some cares are taken given the high hygroscopic (water-absorbing capacity) of the blend.

There are some important precautions to take early in the implementation of the fuel, such as cleaning the Underground Storage Tanks before the first discharge of the B10.

Special attention is also required for the maintenance processes, and there may be a need for more frequent interaction such as draining the Tanks, draining the containers and replacing the filter element in the Diesel Filters.

It is important that the owner and his team are also aware of climatic conditions, which is a regional factor that may contribute to an increase in the need for preventive maintenance, especially in more humid areas.

If you need more information about the B10 and suitable equipment for use with this fuel, consult the Zeppini Ecoflex team.

In attempt to modernize the infrastructure of the Oman Petrol Stations, Oman Oil Marketing Company (OOMC) will open two mega service stations with more than 9.000 square meters in the country.

In these mega stations, the company will offer a series of services for purchase and entertainment, so that the Petrol Stations are not only used to fueling the vehicles, making the experience of its customers more pleasant.

The project will start with two stations in the country. In the first stage, the Petrol Stations and automotive service center will be built, scheduled to be completed in the second semester of 2019. The second stage predicts the implementation of the other services and should be inaugurated in early 2020.

The contract, signed in partnership with Sultan Qaboos University (SQU), foresees a long-term partnership and offer services that include purchases of food products and services, snack bars, service centers, shopping mall with global brands, gym, and also a business center.

The AdBlue / DEF (Automotive Nitrogen Oxide Liquid Reducing Agent) is a fluid that reduces up to 98% of the nitrogen oxide emissions from the diesel burning.

The supply of the fluid is growing in Petrol Stations around the world, and to attend the demand Zeppini Ecoflex has the Aboveground AdBlue / DEF Storage Tank, a solution that allows to store the fluid properly.

One of the benefits of the Tank offered by Zeppini Ecoflex is that it is already developed in dimensions to be installed practically in the dispensing island.

Another important benefit is that the Tank helps to maintain the proper temperature of the fluid, preserving its quality for use.

The product is composed by an inner polypropylene wall and an external carbon steel wall. This equipment is available with storage capacity of 3.000 to 5.000 liters and has an analog or digital level indicator.

Learn the other benefits from the Aboveground AdBlue / DEF Storage Tank on our website: http://www.zeppini.com.br/site/en/produto/84/tanque-para-armazenamento-aereo-de-arla-32
And if you need more details, please contact the Zeppini Ecoflex team.

The company prepares great news in its products line with update of some items and launch of new equipment. The new solutions are already in the final stages of development and should be presented to the market in the first semester.

The company also, as usual, will participate in national and international events, and will conduct trainings, already confirmed in the company schedule, that will be released during the year. 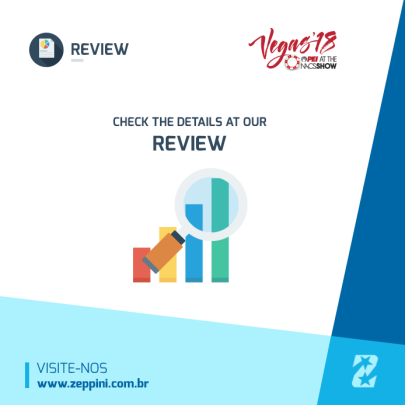 The month of October was quite busy for Zeppini Ecoflex, after participating in another edition of the event PEI at the Nacs Show.

The event organized this year in Las Vegas, confirmed once again its importance for Petrol Stations equipment, car wash and convenience stores, occupying an area of more than 35,000m² and receiving over 20.000 visitors during the 3-day event.

The event was also considered a success for Zeppini Ecoflex, which received visitors from more than 30 countries, interested in the most diverse products lines offered by the company.

The equipment that most appealed the curiosity of the visitors was certainly the Vapor Recovery System – Keeper, that attracted attention by its innovative proposal and performance that ensures the return of the invested amount in a short time.

Check details about the Keeper System in:
http://www.zeppini.com.br/site/en/produto/83/sistema-recuperador-de-vapores–keeper

It is also possible to highlight the interest of most visitors in the Fuel Flex – ONE piping system, that in a few months will count with the European certification EN for all the available diameters, including the double wall models.

The evolution of lighting systems
July 25, 2019